How Bad is Cohabitation Really?

Sociologists, journalists and divorce attorneys in Pasadena all have something to say about a new study which claims children of unmarried cohabitating parents are at risk for serious personal problems. The report, published by the University of Virginia's National Marriage Project and the Institute for American Values, claims that children who grow up with unmarried parents are more likely to use drugs, have emotional problems and fail in school. While such findings make for great headlines, many are saying the problems aren't as cut and dry as the study suggests.

Sociologist W. Bradford Wilcox, who co-authored the study with 18 other scholars, contends the report's findings are both accurate and shocking in what they reveal about the state of the American family.

"This report also indicates that children in cohabitating households are more likely to suffer from a range of emotional and social problems - drug use, depression and dropping out of high school - compared to children in intact, married families," Wilcox notes.

His fellow researchers point to instability being the biggest problem of cohabitating couples. Unmarried couples with a child are more than twice as likely to break up before their child turns 12 as their married counterparts. Without the stability found in married couples, children are more likely to experience depression and drug use, the study says.

But does marriage really make life easier on a child? Others say the instability in cohabitating relationships is coming from bigger issues like poverty, lack of education and unemployment, not simply because the couple didn't choose to walk down the aisle. Family law professors June Carbone and Naomi Cahn say the problems run much deeper.

"Marriage rates by themselves have a variety of meanings, but class-based increases in family instability have one overriding consequence: the creation of a less-just society with diminished prospects for a large percentage of our children," the pair wrote in The Huffington Post. "What we really need to do is increase our investments in children, employment stability and healthy communities and stop pretending that family structure is simply a matter of morals or will." 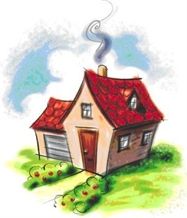