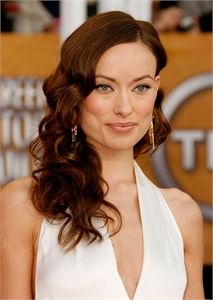 It's a fairy tale in reverse. After being married to an Italian prince for eight years, actress Olivia Wilde has left her happily-ever-after castle in Italy as her career in Hollywood is on the verge of exploding, with rumors of high-profile roles being hers for the taking. Wilde and husband Tao Ruspoli mutually agreed to separate earlier this month; since then, divorce attorneys in Pasadena and tongues in Tinseltown have been wagging about what's next for the suddenly a-list actress.

Star of the recent blockbuster, Tron: Legacy and long-time series regular on the hit medical TV series "House," Wilde married Ruspoli when she was only nineteen years old. The couple eloped on a school bus in Virginia with just two witnesses on June 7, 2003.

Wilde told GQ in 2009 that friends and family worried about her getting married so young.

"There were times when people thought it would really hurt me," she said. "People said I shouldn't be married, or lie about being married, or I should be married to a movie star or rock star."

By Hollywood standards, Wilde and Ruspoli had a long-lasting marriage. But the star admitted she had doubts about the union, too.

"Even in the beginning, we never put pressure on ourselves," Wilde told Men's Health just last month. "We were like, 'Maybe it'll last a week.' And therefore it's lasted years."

Wilde has recently been seen walking the red carpet alone. Sources close to the couple say they have been living apart after trying for quite some time to make their relationship work.

With no children to look after, the newly-single Wilde is free to pursue her red-hot career. Movie blogs are speculating that Wilde is being considered for the role of Lois Lane in the latest Superman reboot as well as the title role in Lara Croft: Tomb Raider. Neither role has been confirmed, but in the meantime, Wilde can be seen in the big budget summer sci-fi film Cowboys and Aliens and the romantic comedy The Change-Up co-starring Ryan Reynolds.