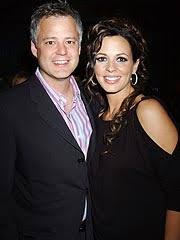 Unfortunately, family attorneys in Pasadena have seen divorcing couples engage in verbal battles and dramatic fights long after they've moved away from one another. This week, country singer Sara Evans fought back against her ex-husband Craig Schelske, who'd spilled the beans about their marriage on Anderson Cooper's talk show this week. She wants him to zip his lip while he contends she's violating his First Amendment rights.

Schelske sat down with Cooper with Judge Jeanine Pirro on September 20 to tell his side of the story. Schelske says he was ordered by his famous wife's lawyers to keep his mouth shut and therefore couldn't defend himself against the now-famous infidelity and porn addiction allegations. Pirro defended Schelske by saying, "Craig could not say whether or not he done the things Sarah's lawyers had accused him of. I'll say it for him, the answer is no. He's precluded by a confidentially agreement and you don't get a judgment for slander against attorneys unless what they said was wrong." Schelske told Cooper he lost custody of his three children because of the allegations.

Team Evans was not pleased with the interview, even though Schelske actually said very little about Evans and the details of their relationship. Evans filed for a second restrain order on September 21, the day after the interview, to ban her ex-husband from making any further statements about their divorce. The singer claims her children were harmed by the contents of the interview with Cooper. A judge agreed with Evans and granted her a restarting order against Schelske the same day.

Schelske and Evans married in 1993 and divorced in 2007. At the time of their divorce, both parties signed a confidentiality agreement to prevent either person from talking about their divorce and subsequent custody battle. Evans is currently married to retired football star Jay Barker and lives with him and their combined clan of seven children in Birmingham, Ala.