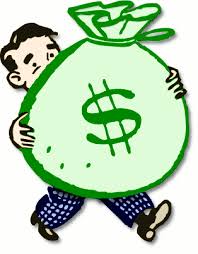 If you're thinking about seeking a Pasadena divorce, you might be wondering how much it costs to end your marriage? This question, obviously, depends upon your personal assets. Another significant factor is whether or not you signed a prenuptial agreement before you got married.

Mel and Robyn Gibson hold the record for the biggest Hollywood celebrity divorce of all time. Mel is said to have handed over $425 million, representing half of his fortune, when he and Robyn divorced after 31 years. Mel did not have a prenuptial agreement, which led the way for Robyn to receive half of his movie residuals as part of the settlement.

Another example of a divorce where a prenuptial agreement would have come in handy was the split between movie star and former California Governor Arnold Schwarzenegger and Maria Shriver. The couple had been married for 25 years before splitting when it was revealed that Arnold had fathered a child with a member of the couple's household staff. Arnold was required under California law to hand over half his wealth, but he reportedly offered an even more generous sum to indicate he regretted his actions. Official figures were never released, but the settlement was estimated between $250 and $375 million.

Clearly, these two examples of high profile celebrity divorces illustrate that ending your marriage sometimes comes with a high price tag. Even if you have an extremely competent divorce lawyer, you must still obey the laws of your state regarding what is a fair and equitable divorce settlement. This is particularly true if you didn't sign a prenuptial agreement before you tied the knot. But, in the end, the peace of mind that comes from making a decision to put your happiness above all else is priceless. Hire an experienced Pasadena divorce attorney to make sure your settlement is legally sound, then focus on moving forward with the next stage of your life.