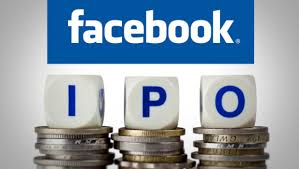 According to the Washington Post, when Facebook went public on May 18 it created 850 millionaires -600 of whom are Facebook employees. Family lawyers like Steve Cone of Palo Alto, California believe sudden IPO wealth can lead to dozens of divorces. Cone says Silicon Valley was filled with newly-divorced tech millionaires after Google and Cisco both went public.

Likewise, Nobel Prize-winning economist Dr. Gary Becker told the Times that couples "who make more money than they ever expected are vulnerable to divorce (because) they realize that they are less financially dependent on each other and that they might have chosen different spouses if they had more choices at the time."

Others say Facebook's IPO caused a sudden change in couples' lives and that these changes, moreso than the money, could lead them to divorce.

But it isn't all bad news. Silicon Valley wedding planners say they usually see an increase in business from newly rich couples ready to splurge on a dream wedding and settle down. Facebook's CEO Mark Zuckerberg is a perfect example of this. He and longtime girlfriend Priscilla Chan tied the knot just days after Facebook began trading on NASDAQ.