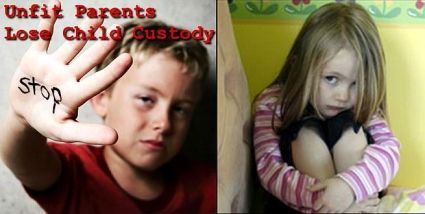 Often we work on family law cases where one parent is accusing the other of being an "unfit" parent. Sometimes it's obvious that the parent is unfit, where in other cases a small piece of someone's history can get misconstrued.

In one case, we represented a woman whose husband was determined to convince the court that our client should have monitored visits and demanded drug tests due to a past mistake. While she temporarily lost child custody, we proactively requested a child custody evaluation, examined her medical records, submitted drug tests and advised our client to participate in any type of court ordered requests to help her case. In spite of the ex-husband's persistence, our client was able to prove to the court that the allegations were not valid and regain her child custody rights.

On the flipside, we represented a case where the client's ex-husband, who was caring for his children under visitation rights, claimed he wasn't working and could provide adequate childcare. Under private investigation, we discovered that in addition to taking his children to dangerous construction worksites, he would also leave them unattended in his vehicle for hours. It was quite apparent to the court that the best interest and safety of the children were not with the father.

When it comes to these types of allegations, the intent of the court is to order child custodial rights to the parent that meets "the best interest of the child." There are three major areas the court will review: mental health, verbal abuse and child endangerment.

A top accusation for unfit parenting is substance abuse. A court ordered drug and alcohol test is not commonly issued; however, the court will look for a history of abuse such as law enforcement reports, criminal and medical records documented within the last five years to determine if there is risk involved with the parent's right to child custody.

Anger and impulse control issues are additional accusations, and if the court sees that the client has reasonable fear, a record of a previous restraining order, or documented history of anger issues, the court could order 52 weeks of anger management classes and restrictions on child visitation rights.

Disparaging parent and parental alienation are tougher to prove, as these conversations are typically "he said, she said." The court wants to see that parents are co-parenting responsibly, so it is standard court order that parents should act amicably in the presence of the child. Similarly, the term "parental alienation" has been on the rise in family law. This is when one parent has involved the child in the details of the case to the extent that the child is favoring one parent over the other. If the court determines that either allegation is present, it is at the court's discretion under the legal standard of "best interest of the child" to establish the parameters for the unfit parent, ranging from limiting time with the child to a court ordered conjoint therapy between the child and the parent.

This last area of unfit parenting allegations is the most significant as the courts' priority is to ensure the safety and wellbeing of the child. Child endangerment could be "environmental" as we described in the example of the working father or could occur from a significant other who poses a threat. The court will look at history of substance abuse, anger issues, verbal abuse, criminal history; or if the new partner has a restraining order against another person, the court will deem the situation unsafe for the child and remove him/her from the home.

Corporal punishment is the most serious allegation and can trigger an investigation by the Department of Child & Family Services. The child can be temporarily removed and the court can terminate the parent's rights. In these cases, it is imperative for you to work closely with the assigned social worker and diligently obtain copies of documents and court records.

How Can We Help?

Our Pasadena family law firm has extensive experience handling child custody, child support, domestic violence and visitation concerns. Please call our office at (626) 683-8113 or email us at info@PasadenaLawOffice.com if you have questions about child custody.

5 Ways to Protect Your Character During A Child Custody Battle

If you believe you are wrongfully accused of being an unfit parent, there are steps you can take to protect your character: