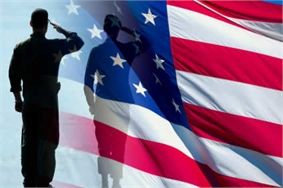 Family attorneys in Pasadena have long heard statistics claiming that members of the military are more likely to divorce. Stressful work environments, long absences from spouses and bouts with addiction and depression are a few of the common factors mentioned when looking at the collapse of military marriages. Now a new, headline-grabbing study suggests that veterans are more likely to get divorced and to cheat on their spouses than their civilian counterparts.

Based on data from a 1992 national survey, the study found that more than 32 percent of married veterans admitted to engaging in extramarital sex. That's roughly double that of married non-veterans.

"To the extent that the patterns observed in these data hold for our current veteran population, the results of this study provide evidence that the concerns about infidelity among spouses of persons who have served in the military are to a considerable degree valid," said Andrew S. London, chair of the sociology department and a sociology professor at Syracuse University.

The study also found that veterans were almost 10 percent more likely to get divorced. Researchers found a strong link between infidelity and the breakup of veteran marriages. Those who reported extramarital sex were 2.3 times more likely to be divorced than veterans who claimed to be faithful in their marriages. While it is true the study primarily focused on male veterans and infidelity, London said their data set included too few female veterans to draw definitive conclusions about their marital behaviors.

"Veteran Status, Marital Infidelity and Divorce" is the title of the survey conducted by London, Elizabeth Allen (a professor of psychology at the University of Denver) and Janet Willmoth (a sociology professor at Syracuse University).