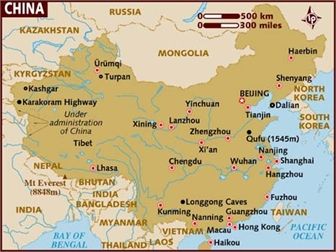 Gold-digging spouses of both genders are something divorce attorneys in Pasadena are all too familiar with. China, a country where the divorce rate continues to explode, hopes that a new law will discourage people from marrying just for the money.

In the states, spouses usually split the property 50/50. But in China, it's now a different story. Last week, China's Supreme Court ruled that the person who buys the family home (or the parents who advance them the money) will get to keep it in the event of a divorce, meaning that China's versions of Tom Arnold or Camille Grammer will be plum out of luck when their divorces are finalized. The government is optimistic that this new regulation will not only keep gold-diggers from marrying with dollar signs in their eyes but will help preserve the institution of marriage.

"Hopefully this will help educate younger people, especially younger women, to be more independent, and to think of marriage in the right way rather than worshipping money so much," said a lawyer in Hunan province.

Young Chinese men trying to buy a family apartment stand to gain a lot in the ruling. China's huge property bubble has pushed property prices up to an astounding £5,000 per square meter even though annual salaries average just £6,000.

The new law is clearly the reaction of a country suddenly trying to deal with divorce, a practice that was looked down upon less than a decade ago. An estimated 5,000 couples a day in China are divorced and, according to recent statistics, there were 2.68 million divorces in China last year. It seems divorces have multiplied at almost the same speed as China's economy - by 7 percent a year for the past five years.