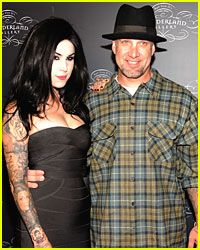 Divorce attorneys in Pasadena have seen their share of speedy re-bound engagements, but the recently-announced impending nuptials of Jesse James and Kat Von D are surely the fastest on recent rec ord. After all, it was just last summer when James finalized his divorce from actress Sandra Bullock. A short two months later he was linked to fellow reality star Kat Von D of LA Ink. And last Thursday James confirmed he andVon D are engaged to be married.

"It's true," James told the Associated Press after days of tabloid speculation.

The motorcycle businessman and reality star in his own right told People magazine, "2010 was actually the best year of my life because I fell in love with my best friend. An amazing woman who stood behind me when the world turned their backs."

James is, of course, referring to the tabloid explosion that detonated his marriage to Sandra Bullock. James was accused of having multiple affairs just days after Bullock won an Academy Award for her role in The Blind Side. So low was James in 2010 he told ABC's Nightline that we was the most hated man in America. He spent much of 2010 apologizing for that title, publicly addressing Sandra and his children by saying he was sorry for causing them "pain and embarrassment beyond comprehension."

Sympathetic or not toward a guy who was linked to a series of Neo-Nazi strippers, you have to admit James is on the upswing. But has he changed his ways? According to his ex-mistress Michelle "Bombshell" McGee, Von D shouldn't hope for miracles when it comes to James.

"Kat, what in the world are you thinking?" McGee recently told Radaronline.com. "I was with Jesse during his marriage - the guy's not faithful, he doesn't have a faithful bone in his body!"