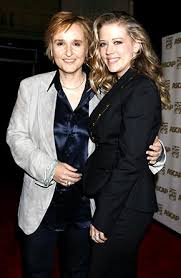 Custody battles, as any family lawyer in Pasadena will tell you, can drag on for months - even years. And in Hollywood, where big money and even bigger egos are often at stake, custody battles can become positively epic. Singer Melissa Etheridge and actress Tammy Lynn Michaels separated in April 2010, but the war for custody of the pair's twins rages on even today.

Last Tuesday, TMZ reported that Etheridge filed legal documents to request more time with the couple's five-year-old twins, daughter Johnnie Rose and son Miller. The papers allege Michaels had accidentally burned one of the children with a lit cigarette. Etheridge has reportedly requested that a judge order both women to create smoke-free environments for the children. According to the documents, Etheridge claims that her ex-wife is against joint custody. TMZ reports that a custody hearing is scheduled for May 22.

Etheridge's filing comes hot on the heels of E! Online's report that Michaels recently filed a request for increased child and spousal support. Michaels says the $23,000 a month she currently receives from Etheridge is insufficient. In Michaels' paperwork, she states she had become accustomed to monthly budget of $128,000 during her marriage to the singer. Michaels has previously claimed that her duties as a full-time mother of twins have made it impossible to return to work as an actress. Michaels has lashed out at Etheridge in a series of blogs and interviews over the last several months.

For her part, Etheridge claims Michaels once sent her an email saying:

"You have to support so many households because YOU BROKE SO MANY HOUSEHOLDS ... If you had decided to have one ounce of integrity/honesty as a person or partner, you would NOT be in this predicament. Think about it. They aren't leaving my care while you are on the road - a completely inappropriate place for 3-year-olds - not to mention you can't track them, have no child care, and they were bit by dogs in the house last time you had them."