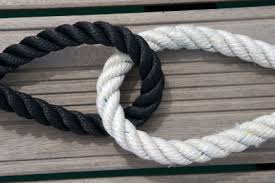 Divorce attorneys in Pasadena will tell you that the face of marriage in United States has changed over the last decade. They've seen couples of all races getting married (and divorced) in the U.S., and now a new study shows that interracial marriages are at an all-time high.

According to a PEW Research Center study, the number of interracial marriages in the United States has skyrocketed to 4.8 million, a record 1 in 12 couples. Researchers note the steady flow of Hispanic and Asian immigrants has significantly increased the number of prospective spouses. In addition, blacks are more likely to marry whites than before.

"The rise in interracial marriage indicates that race relations have improved over the past quarter century," said Daniel Lichter, a sociology professor at Cornell University, in an interview with NPR. "Mixed-race children have blurred America's color line. They often interact with others on either side of the racial divide and frequently serve as brokers between friends and family members of different racial backgrounds. But America still has a long way to go."

These last remaining negative stigmas of interracial marriage might explain why divorce among American interracial couples is at an all-time high, as well. The Pew study tracked divorce trends in interracial couples, as well. By relying on studies using government data, Pew found that divorce rates for interracial couples were higher. According to one of the studies cited, mixed-race couples had a 41 percent chance of divorce or separation while couples who married within their own race had a 31 percent chance. Other sources found that specific race combinations had a higher divorce rate than others. For example, white women who marry outside their race are more likely to divorce. Also, marriages involving blacks and whites were considered the least stable race combination, followed by Hispanic-white couples.