In the field of law, there's no substitute for experience. 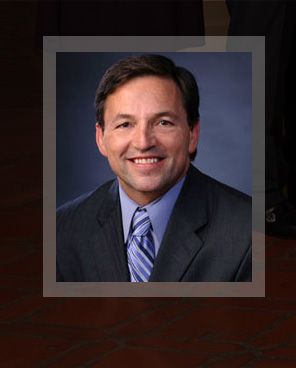 And Donald P. Schweitzer, managing partner with Schweitzer Law Partners, has got that in spades.

Schweitzer, who established the Pasadena family law firm in 2003, grew up in the suburbs of Chicago and later joined the Army where he served as a military police officer. He also worked with the Santa Ana Police Department on a SWAT team, as a gang homicide detective and on various narcotics assignments, among other duties.

In 1990, he attended law school at the Southwestern University School of Law and served as a deputy district attorney in Orange County for eight years.

Those experiences combined to provide him with a broad foundation for his current business.

"My specialty within the family law field is domestic violence and retraining orders," Schweitzer said. "I've prosecuted so many of those cases. I remember how victims were treated way back then and I have been involved in the evolution of how things have changed."

In that role, he has weighed in on the trials of Scott Peterson, Saddam Hussein, Michael Jackson, Robert Blake and the cases of Casey Anthony, Martha Stewart, Jon Benet Ramsey and the BTK Killer, among others.

His family law firm handles everything from divorce litigation, prenuptial and separation agreements to custody and support matters and domestic relations issues.

"Donald is a great boss," Marticorena said. "He's very understanding and very motivated. And he has a real interest in molding his attorneys. He hires us right out of law school."

Schweitzer determined early on how his law firm would function.

"When I started my practice I sat down and said, `What do I stand for?"' he said. "I wanted to be ethical and provide the ultimate representation. I realized that we would be helping people during one of the worst times of their lives."

In November, the practice moved from the seventh floor of the building it now occupies to a bigger space on the eighth floor.

Schweitzer said his business has held up well, despite a struggling economy.

"There have been some dips," he said. "But I look at these times as an opportunity to become more efficient. Many people have thrown in the towel, but that's the last thing you want to do. As long as we keep active and focus on our goals we thrive."

The new office includes a desk with a phone and Internet access that clients can use - a big improvement from before.

"Many times before when a client would come in we'd have to bump someone from their desk so the client could use the phone and a computer," Schweitzer said. "Now they feel more at home."

This article is copied from the San Gabriel Valley Tribune, published on January 8, 2012.