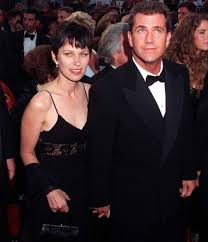 Family attorneys in Pasadena, along with courtroom watchers and celebrity gossip columnists, have been wondering for months what the final price tag would be on Mel Gibson's divorce to wife Robyn Denise Moore. Well, wonder no longer. ABC News is reporting that Moore will be taking half of Gibson's $850 million fortune.

Married for 31 years and separated for nearly three, the Gibsons have accumulated considerable assets during their marriage, including major real estate investments (like the island he bought in Fiji for $15 million in 2005). People magazine is reporting Mel and Robyn did not have a prenuptial agreement and hence she also is entitled to half of any film residuals Gibson receives for the rest of his life.

The divorce will take effect on January 9, 2012, and is believed to be the most expensive in Hollywood history. Finalized by a judge in Los Angeles, the judgement keeps nearly all of the details of the settlement secret. Only one of the couple's seven children is still a minor and "therefore subject to a custody agreement," according to ABC News. Custody arrangements are believed to be the next item on the agenda for both Gibson and Moore and will likely be settled in January.

The massive payout comes just months after Gibson agreed to pay ex-girlfriend and mother of his young daughter Oksana Grigorieva $750,000. The couple was embroiled in a brutal custody battle that included the now infamous recordings of Gibson ranting sexist and racist comments. Gibson pleaded no contest to a misdemeanor battery charge involving Grigorieva in March. During the domestic abuse drama, Robyn Moore stood by her estranged husband's side and told the press Gibson was never physically abusive towards her or their children during their long marriage. Gibson and Moore reportedly waited to hash out the details of their divorce until his problems with Grigorieva had been addressed.