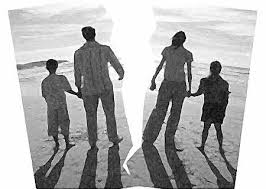 Any parent who has even considered filing for divorce in Pasadena has probably found themselves wondering if it's better to divorce or better to stay together for the sake of the children. While this is certainly a legitimate question to be asking, it's not one with an easy answer.

If there is direct physical abuse or serious problems caused by drug addiction, alcoholism, or mental illness, a divorce is best for all parties involved. Children deserve to feel safe and secure at home, which isn't possible if there is violence and instability caused by factors beyond their control.

If a couple has just grown apart, however, the decision of whether to try to work things out or to seek a divorce becomes more complicated. Children do pick up on the emotions of their parents, even when their parents are trying to keep their fights private. If you are deeply unhappy, you're not going to be able to be the best possible role model for your child. Counseling can sometimes be helpful, but only if both spouses are fully committed to making things work.

If you do decide that a divorce is in the best interest of your family, consider seeking a Pasadena divorce lawyer who is experienced in the use of mediation as a settlement technique. In addition to being less expensive than a litigated divorce settlement, a divorce that involves mediation tends to involve the spouses remaining on better terms with each other. And, the better you're able to communicate with your spouse regarding coparenting decisions, the happier everyone will be as you move on with the next stage of your lives.