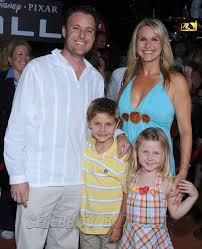 Divorce attorneys in Pasadena who watch ABC's The Bachelor and The Bachelorette do so with a cynical eye. These shows are pure entertainment; rarely do the couples that meet on television actually stay together. The host of the hit franchise, Chris Harrison, is often seen as the voice of reason among the crazy singles and is a well-known family man with a long-term marriage. But now Harrison is a bachelor himself. Harrison and wife Gwen announced last week they are separating after 18 years of marriage.

Gwen and Chris Harrison met at Oklahoma City University over 20 years ago. The pair has two children: daughter Taylor, 7, and son Joshua, 9.

"Though we have made this incredibly difficult decision to separate, our love and mutual respect remain, and we look forward to sharing in the lives of our wonderful children," the Harrisons told Us Magazine in a joint statement.

A rep adds: "They happily remain committed and caring friends with great love and mutual admiration for each other."

The Harrisons' relationship fell under scrutiny back in February 2010 when Bachelor contestant Rozlyn Papa accused Harrison of making advances on a producer's wife while taping the show in New Zealand. "I won't even dignify that with a response," Harrison said during The Bachelor: The Women Tell All special.

Recently, Harrison told CNN he would be a bad choice for the Bachelor.

"Getting out of a 22-year relationship, having just announced my divorce to the world a week ago, having two kids and trying to start a new life, I'm thinking I wouldn't exactly be a great candidate to be the bachelor right now or anytime soon," he said.

Still, Harrison says he still believes in true love and the goal of the show.

"I still, and maybe more than ever, believe in the search and what everybody is doing on the show because I've been there and I lived that life," he said. "I've loved deeply with [my] whole heart and know how great it can be. I will hopefully fall in love and find that again."