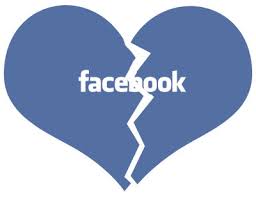 For many people, Facebook is invaluable as a tool for keeping in touch with family and friends from around the globe. But, when you are filing for a Pasadena divorce, Facebook postings can have unintended consequences.

If you are divorcing someone who has exhibited possessive tendencies or aggressive behavior in the past, you will need to be extremely careful of how you use your Facebook account. There have been multiple cases of domestic violence due to a changed relationship status posted on Facebook. Sometimes, an abuser is set off by seeing flirty comments from another man on his ex-wife's Facebook page.

Even if you are on good terms with your ex, you should avoid posting information about your divorce on Facebook. Without the benefit of context and body language, it's easy for written information to be misinterpreted. Even photos can be used to present you in a bad light when it's impossible to ascertain when or where they were taken.

Although the specifics vary on a case-by-case basis, Facebook postings can legally be subpoenaed as evidence in a court case. Even if you've already taken them down, it's not difficult for a skilled IT person to find them. On the Internet, nothing is ever really "gone" once it has been posted.

Adjusting your Facebook privacy settings is a smart idea for daily usage of the social network, but you can't rely on Facebook privacy settings to protect you during a divorce. Many people find that an ex can see their Facebook posts because they share several mutual friends. Sometimes, an ex will even use a child's account to see what you are posting while the divorce is being settled.

Facebook postings provide an instant form of communication that is very public, which means that people often say things they don't mean or later regret. To be on the safe side, your Pasadena divorce lawyer may recommend that you stay off social networking sites until your divorce is finalized.