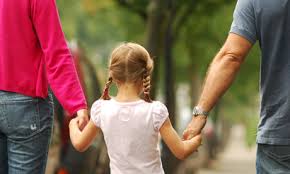 If you're thinking of filing for a Pasadena divorce and have children with your soon-to-be ex, you may have heard people talking about the "child-focused divorce" and wondered what exactly this term means.

A child-focused divorce is not a legal term. Rather, this is a parenting philosophy that both spouses have mutually agreed upon. It means that they will do their best to put aside their differences and work together to minimize the effect the divorce has on their child's life.

Although some of the research regarding the effect of divorce on kids can be disturbing to read, the child-focused divorce trend is usually the result of personal experience. Many parents who advocate a child-focused divorce watched their own parents go through a bitter and messy divorce when they were younger. They remember feeling torn between their mother and father or being resentful of the sacrifices they were expected to make after the divorce. In many cases, they still do not have good relationships with their parents due to the divorce. By keeping the needs of their own children at the front of the divorce negotiation process, they hope to be able to preserve some form of family unity for the future.