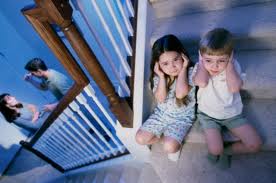 As family law attorneys in Pasadena, one of the questions our lawyers are asked regarding child custody is "At what age can a child choose which parent he or she wants to live with?"

Some parents are surprised to learn that a child as young as ten or eleven can express a preference to live with one parent over the other, and this preference will likely be given great weight in a custody proceeding. Given the fact that most households these days have two working parents, the issue of "Who gets the kids?" is up for grabs by both parents. Plus, as you might have guessed, the issue of custody has a direct impact on the issue of child support and it goes without saying that this is a great motivator for both parents to "fight" for custody.

Here at the Schweitzer Law Partners, we have seen the courts hold that a child's preference for a particular parent -- while a factor to be considered -- cannot be the only one considered. The court looks at and weighs the child's expressed preference, theit must consider the age and maturity of the child and the potential for influence having been exerted on the child.

A teenager, or even a preteen, who has strong feelings against living with a particular parent and balks against the discipline, curfews, or household rules of that parent will often make those feelings known and seek out alternative living arrangements. In divorce and custody cases, older children know that they have a choice as to who they live with. It's no real surprise that these children often choose to live with the more permissive parent - the one that allows a later curfew, has less stringent rules about homework, household chores, or who is more generous with cash.

The courts have recognized that the desires of young children do not always reflect the long-term best interest of the children. For this reason, children under the age of ten or eleven may not be allowed to choose which parent they live with. The court will weigh all of the factors to determine the best interests of the child. Some of those factors may include, but are not limited to; which parent will serve the best physical, academic, emotional, financial and psychological needs of the child.

With older children and teenagers however, it is another story. Teenagers can basically write their own ticket regarding custody and visitation schedules. Judges, who by most accounts are parents themselves, do not force teenagers to spend time with a parent with whom they do not get along. Put quite simply, teenagers are a force with which to be reckoned. Their feelings towards a particular parent, however, can be easily swayed. There have been many custody cases involving teenagers, that have been influenced by which parent bought the child a new car or iPhone. Teenagers will decide that Dad is easier to live with because he may look the other way with regard to household chores or curfews. Or Mom is a little more forgiving about mediocre grades on the report card, and is very generous at the mall. To be blunt, in the mind of a teenager, these are key factors in making the decision.

How Can We Help?

If you have questions about child custody, our dedicated team of experienced family law attorneys are ready to assist. Please feel free to contact our office with any questions or concerns you may have. Call our office at (626) 683-8113 or email us at info@PasadenaLawOffice.com. We can help you determine the best course of action for dealing with your ex while preserving your relationship with your son or daughter.