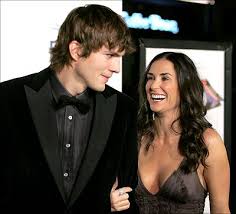 Most Pasadena matrimonial attorneys will agree that couples with a significant age difference have a hard time making their marriage work, even if they are famous and have successful careers. Although they appeared quite happy when they first got together, actors Ashton Kutcher and Demi Moore eventually found that they couldn't make the relationship last.

Nearly one year after rumors of Ashton's cheating surfaced, however, Demi has yet to file for divorce. Now the media is speculating that this might be because the couple was never legally married.

Reporters have been unable to find a marriage certificate, thus leading to claims that their 2005 Kabbalah ceremony was merely symbolic. Kabbalah believes in a world free of chaos, destruction, and death. Practitioners welcome people from all faiths and do not identify themselves as a religion. A Kabbalah wedding is much like a traditional Jewish wedding, but adds readings from the Zohar -- which is a 13th century Kabbalistic text.

A wedding doesn't have to be a religious ceremony to be legally valid, but couples can't marry in California unless they have a marriage license from an in-state county clerk's office. A marriage license is valid for 90 days after it has been issued. Common law marriages are not allowed in California.

There is a quitclaim deed on one of Ashton and Demi's properties that lists them as a married couple, but skeptics have pointed out that this information is self-reported and not verified by any authority. Until a marriage license is found, the legal standing of their relationship remains a mystery.

If you are unsure as to whether or not your marriage is legally recognized by the state of California, you should contact an experienced Pasadena matrimonial lawyer. He or she can help determine if you need to file for a Pasadena divorce.