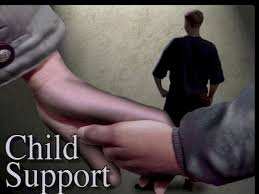 If you have a child and are planning to file for divorce in Pasadena, it's important to make sure you understand how child support is awarded. Many people have mistakenly believed common child support myths and thus found themselves in for an unpleasant surprise when they entered the courtroom.

Although a prenuptial agreement can outline parameters for many aspects of a divorce settlement, it can't be used to determine child support in the event of a divorce. This means a prenuptial agreement stating a mother wouldn't get child support if the marriage ended because she cheated on her husband would be invalid. You would also be unable to draft a prenup saying that a man wouldn't have to pay child support for the kids because his wife "wanted" to have them.

Sometimes, parents who are divorced work out agreements amongst themselves on how to handle expenses such as fees for extracurricular activities or help with car insurance payments for a teen driver. This is admirable, but not considered part of court ordered child support payments. If you run short on money in any given month, you are not allowed to "deduct" this type of spending from your regular child support payment.

When it comes to visitation rights, one must remember that child support is to provide for the financial support of a minor child. It is not "payment" for the right to visit the child. A parent still has a legal right to visit his or her child even if he or she is behind on court-ordered child support payments. If the custodial parent refuses to allow visitation for this reason, he or she would be held in contempt of court.

An experienced family law attorney in Pasadena can answer any questions that you might have about issues relating to paying or receiving child support.