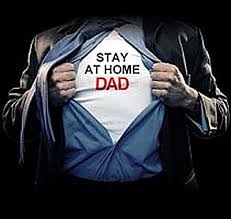 Stay at home fathers are much more common than they used to be, but some experts say this parenting arrangement can increase a couple's risk of divorce.

Christin Munsch, a postdoctoral research fellow at Stanford's Michelle R. Clayman Institute for Gender Research, reports that men who are economically dependent upon their wives are more likely to cheat. He hypothesizes that they feel that their masculinity is being threatened because they are no longer able to fulfill the traditional breadwinner role. The risk of cheating is stronger when a man feels forced into staying at home due to poor employment prospects. But even men who happily choose to stay at home with their children can succumb to temptation if there are other stresses in the relationship. Infidelity, as we all know, is one of the leading causes of Pasadena divorce.

At one point, judges ruled by a "Tender Years" doctrine that presumed children under the age of thirteen were best served by remaining in the care of their mother. However, the law is now much more gender neutral. A man who has been a stay at home dad for a long period of time and has been shown to be a loving, caring, and competent parent has a very good chance of being allowed to remain the child's primary caregiver after the divorce. Whether or not his adultery contributed to the divorce is irrelevant.

From a financial standpoint, it's important to keep in mind that alimony awards are made regardless of gender. Men tend to be more reluctant to request alimony when negotiating a divorce settlement, but a man who was a stay at home father during the marriage and supported his wife's career has a strong legal case for an alimony award.

If you are a stay at home dad in the middle of divorce, it is smart to pick a progressive lawyer with a liberal view of traditional gender roles. You want a Pasadena family law attorney who can act as your advocate without being subconsciously influenced by expectations of gender behavior.