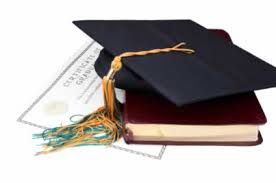 The division of marital assets is the most commonly disputed issue after a Pasadena divorce, but the question of how to handle student loan debts and the advanced earning potential associated with a post-secondary degree is something to consider as well.

If student loan debt is accumulated before a marriage takes place, it is the responsibility of the person who earned the degree. This is true even if the couple was together, but not married, at the time the degree earning spouse was in school.

When it can be shown that student loan debts were used to pay general household living expenses, the student loan debt might be considered marital debt instead of separate debt. The key, however, will still be how great of a benefit the non-degree earning spouse received in relation to the total amount of the debt. This will be dependent upon many factors, including the length of the marriage and the non-degree earning spouse's own career path.

If you have questions about how advanced degrees and student loan debt will be addressed in your divorce, the best course of action is to discuss this issue with your Pasadena divorce attorney. Since there are many variables to consider, your attorney will be able to provide advice that is specific to your unique situation.