Closing out the estate of a relative or friend who has died is an important, and time-consuming, responsibility… 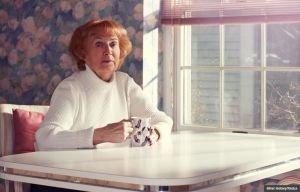 Winding up the lifelong financial affairs of a deceased loved one often requires generous amounts of patience, free time and organizational smarts. The skills of a sleuth may be needed to uncover assets tucked away or forgotten. And even then, things are sometimes missed.

If a friend or relative asks you to serve as executor or personal representative, as the position is also called, it is natural to feel honored. If the person is near death, there may be an overwhelming urge to say yes. But given the complexities of the role, you should take it on only if you feel fully capable of doing so. Here are a few questions to consider before you make that decision to accept this great responsibility.

In 2011, when her mother passed away, Susan Crim had no idea that it would take nearly two years, as executor, to close out the estate. Wrestling with paperwork, faxing documents and traveling from Virginia to consult with legal and financial experts became a way of life as she grappled with a confusing bureaucracy. "I was grieving," says Crim, 59. "It was challenging." Then last February, just two months after she settled her mother's affairs, her father died. And her duties as an executor began all over again.

Phone calls, trips to the county courthouse to record financial information, standing in line at the post office to mail registered letters — these and countless other tedious duties may await you. You'll need to have information from banks, mortgage servicers, investment firms, life insurance companies and all other firms that had a role in the deceased person's holdings. Among the more grueling tasks, you may be called on to sort and value the contents of the person's home.

"Often, it's 50 years of accumulation," says Harry Margolis, an elder law attorney in Boston. "Trying to figure out which family members want which items — how do you choose among them? How do you take care of their interests and make sure they're treated fairly?"

Being an executor requires a high degree of organization. One executor recalls keeping a notebook and recording every single communication with lawyers, bankers and other contacts.

"People who can't balance their own checkbook, who have financial difficulties of their own, who have no idea how to organize financial information, people who don't like detail — those are not good candidates," says Sally Hurme, a lawyer at AARP and author of the American Bar Association's The ABA Checklist for Family Heirs. Like a private eye, you may have to know how to dig for assets. Finding dusty stock or bond certificates in a drawer, rather than at a brokerage firm, may be a clue there are more awaiting discovery.

3. Do you have the temperament?

As you sort through legal and financial matters, you'll confront a range of personalities, so it helps to be calm. Min Zwang, 84, initially appointed all four of her children as executors when she created her estate plan. But she began to question that decision and recently changed her will. She named one daughter as the sole executor to help the process go more smoothly.

The daughter is easygoing, Zwang says, and she's married to an accountant, whose skills would be helpful. "It's a tremendous burden I'm putting on her, and I realize that," says Zwang, who lives in Toms River, N.J. "I tried to make it as easy as possible by dividing everything equally. I don't want there to be any disharmony."

Some lawyers say it's best to appoint one executor, as Zwang did. But Anthony Enea, chair of the elder law section of the New York State Bar Association, advocates choosing at least two children. "It creates a system of checks and balances," he says. "If you pick one child, it gives that person a lot of power and discretion. But it depends on the family dynamics. There's no set formula."

To keep peace and create trust, it's important that the executor settle the affairs openly, says elder law attorney Margolis. "What you're doing, how much money is there, what's happening in the process — the more transparent you are, the more [the other siblings] will relax."

Each state has specific laws on executors' responsibilities, along with timetables for them to perform their duties. Paying the funeral expenses, publishing death notifications and filing estate tax returns are a few examples of what might be required. Your state may have an online law library that details the rules and requirements. The American Bar Association website also offers guidance about settling an estate — search online for "ABA guidelines for individual executors and trustees."

Many executors find certain tasks so daunting that they consult lawyers for help. Others hire lawyers to manage the entire process, which is of course much more expensive. Either way, you need to follow the law strictly — you are personally liable for the proper administration of the estate. If you misrepresent the value of any assets, you could be held accountable by the IRS or by the beneficiaries. If you're found to have shortchanged the heirs, you could be required to reimburse them out of your own pocket or pay fines.

5. Can you afford to be an executor?

If you live in another state, will you need to travel to the person's hometown, and if so, how often? Will the estate cover travel expenses?

Crim made repeated trips from her home in Alexandria, Va., to her late parents' place in Saline, Mich., to deal with paperwork and other tasks. "I fax things all over the country, but I do sometimes have to sign papers and fill out forms with lawyers and financial professionals in Michigan," she says. The estate will pay for those travel costs. It would be an expensive proposition otherwise, Crim says.

What about the value of your time? Will you be expected to do this work for free? In most states, executors are entitled to take a percentage of the estate's value, even if a fee wasn't specified in a will. But with those legal guidelines, it's still common for executor fees to become a source of conflict with heirs. Some family members may view the money as their own or be unaware of the time you've invested.

Elizabeth Haase, a Washington, D.C., psychologist, says administering a friend's estate was like a second job. Yet at least one extended relative balked at her taking the fee specified in the will — 2 percent of the estate's value. She wanted to honor her friend's dying wishes by being executor but felt guilty about accepting payment. In the end, it was so much work that she took the fee. It hardly seemed like a windfall. "Nobody does it for the money," Haase says.

Who hasn't heard tales of relatives fighting over bank accounts, siblings no longer speaking to one another, or loving relationships severed for good as estates are settled and assets distributed? You can help head off those dramas in your own family by putting your financial affairs in order now.

1. Make a list: Write down all the numbers for your credit cards, bank accounts, passwords, retirement and investment accounts, life insurance policies, tax records, safe-deposit boxes and real estate. Include the names and contacts of any lawyers and financial experts you've used. Keep the list updated and tell your executor where it's located.

2. Be specific. Create a will or trust that clearly specifies your wishes. Do you want your granddaughter to inherit your diamond wedding ring and your grandson to have your car? Put that on a separate list and attach it to your will.

3. Talk openly. If you appoint one sibling as executor, tell the others why you made that decision. Perhaps it's because the designated child is the eldest, or lives close by, which will make the process easier.

4. Be clear on fees. Realize that asking someone to be an executor is more than a favor. It's a very demanding job. Consider specifying that a fee will be paid, and how much. Explain to everyone else why.