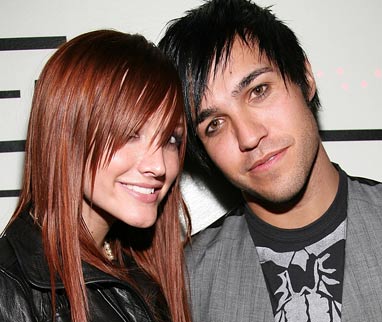 Nary a peep - lip synched or otherwise - has been heard from singer/actress Ashlee Simpson-Wentz in quite sometime. When we last caught up with Ash, she and her husband, Fall Out Boy bassist Pete Wentz, were happily married and raising their two-year-old son, Bronx. Yet tabloid reprieve was not meant to last for the younger Simpson sister. Divorce attorneys in Pasadena and Hollywood insiders were surprised to see Simpson back in the headlines this week when she and Wentz announced they were getting a divorce after two-and-a-half years of marriage.

On Wednesday, news of the split came directly from a representative from Ashlee's camp.

"After careful consideration, we have made the difficult decision to file for divorce," the couple said through a spokesperson. "We remain friends and deeply committed and loving parents to our son Bronx, whose happiness and well-being remains our No. 1 priority. We ask that everyone honor our privacy as we navigate this next phase of our lives."

In court papers filed and signed this week, Simpson-Wentz cited "irreconcilable differences" as the cause of divorce. The papers also state she is seeking spousal support. Wentz and Simpson's date of separation, according to paperwork, is yet to be determined. Ashlee is also seeking primary physical custody of their son with visitation for Wentz and requesting a return to her maiden name.

The seemingly sudden split threw celebrity journalists for a loop, particularly those who snapped photos of the couple two days before the announcement shopping with their son in West Hollywood. Ashlee and Pete started dating in 2006 and were engaged in 2008. The pair was married in May 2008 at her parent's home in Encino in a ceremony officiated by Simpson's father and manager Joe Simpson. Sister Jessica Simpson and fellow divorcee announced her engagement to boyfriend and former NFL star Eric Johnson last November.