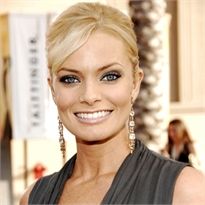 As some seeking divorce advice in Pasadena can attest, sometimes when it rains it pours. And Emmy-winning actress Jamie Pressly is currently in the middle of a bad news downpour. In the past month, the star has been arrested on suspicion on a DUI, filed for divorce, is reportedly riddled with tax problems and is now facing an uphill custody battle for her three-year-old son, Dezi.

Jamie Pressly's new year started out with a thud when the actress was pulled over in Santa Monica, California, by police officers who stopped the actress for a traffic violation. She was then taken into custody on suspicion of driving under the influence and her bail was set for $15,000. Police say Pressly's blood alcohol content was twice the legal limit when she was arrested. Days after her arrest, as her mugshot was splashed across the Internet, reports surfaced that Pressly's marriage to entertainment lawyer Simran Singh was over. The pair filed for divorce a week after Jamie's arrest. The couple had only been married for 16 months. Soon tales of the family's financial issues swirled through gossip sites. Allegedly, Pressly owes the Internal Revenue Service $637,000 in state and federal taxes. The Detroit News uncovered public records which stated the IRS filed a $260,370 tax lien against her on December 6. This was on top of the 2008 lien the agency filed against her for $281,699.

As if things couldn't get worse, insiders say Pressly could be facing a tough custody battle for her son Dezi, whom she had with ex-fiancée Eric Cubiche. Cubiche's mother, Nairis Calvo, told RadarOnline.com this week, "Little Dezi is the most important thing in my son's life, and we will do anything to protect him." Calvo spoke frankly, saying that Pressly's current woes could affect their current custody arrangement.

"Jaime and Eric have always had a nice relationship when it comes to my grandson Dezi, but that could change," Calvo said, before adding that "Jaime is in the past and we wish her well... She's been through a lot. It's a tough situation."