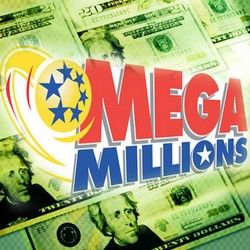 We've all heard stories of the leprechaun at the end of the rainbow who protects the fabled pot of gold. For $190 million dollar Mega Million lottery winner Holly Lahti, that leprechaun could be her own soon-to-be ex-husband. In a wild battle for assets unlike anything family attorneys in Pasadena have heard in quite some time, Holly and Joshua Lahti are a troubled, divorcing couple whose large sum of cash and bizarre story have brought them national attention.

The 29-year-old mother of two and former bank employee from Idaho, Holly Lahti, hit the literal jackpot on January 4 when she won half of the $380 million Mega Million prize. But the rags-to-riches tale was quickly tainted with stories of abuse. Mugshot photos of Lahti with a black eye surfaced online as tabloids uncovered the turbulent past of Holly and her estranged husband Josh Lahti. The couple was arrested after a domestic dispute. While this was Holly's only arrest, Josh has been arrested 20 times for various crimes including driving under the influence and kidnapping. Mr. Lahti, who has not been living with Holly for some time, soon launched a campaign to get his share of the winnings.

According to Idaho state law, anything obtained during a marriage is community property, meaning Josh Lahti could walk away with half of his wife's new fortune. Legal experts, however, think he should hold off on celebrating.

"I couldn't imagine a court not entertaining at least a strong argument in favor of assigning the lottery winnings to her," says University of Idaho law professor Elizabeth Brandt told the Daily News. "She wasn't living [with him], so there's no joint claim."

Further dampening the hopes of Josh Lahti is the fact that his wife has yet to collect her winnings. Holly Lahti and her two children have gone into hiding since the story gained worldwide press coverage. The would-be millionaire has allegedly been communicating with the outside world via Facebook, yet it has yet to be confirmed whether the page actually belongs to Lahti.