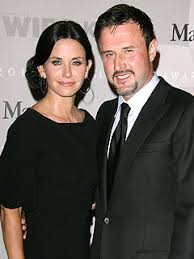 Actors Courteney Cox and David Arquette have had divorce lawyers in Pasadena and Hollywood gossip columnists alike wondering: Are they or aren't they? For nearly two years, the pair has been either heading for a divorce, reconciling, supporting one another as friends or back to divorce again. In fact, the whole relationship has been so up and down, it's been impossible to keep up. Now, TMZ and other news outlets are reporting that David Arquette has officially filed for divorce.

Arquette filed legal documents to finally divorce Cox last Friday, citing "irreconcilable differences" as the reason for the divorce. Arquette is asking for joint legal and physical custody of their 8-year-old daughter Coco. The paperwork makes no mention of how the couple's property will divided. Likewise, Arquette is not seeking spousal or child support. In an odd move, David is representing himself in the divorce and does not have a lawyer, according to the documents. Arquette has been holding on to the papers for nearly three months - the divorce documents were signed on March 23, 2012.

David and Courtney married on June 12, 1999 after meeting on the set of the hit horror film "Scream" in 1995. In October 2010, the couple announced their separation. Both sides said in a statement at the time they were "best friends" who were jointly committed to raising their daughter. Cox and Coco were even seen in the audience cheering on Arquette as he competed as a contestant on Dancing with the Stars. Arquette has had a long struggle with drugs and alcohol and his most recent relapse is reportedly the cause of the initial separation. Cox and Arquette appeared in an interview together on Howard Stern last year. Arquette told Stern he would definitely like to reconcile while Cox said she believed they were both better off apart.
Categories