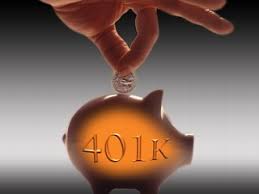 Many people are surprised to learn that contributions made after your separation are still considered marital property. This is an important factor to consider, since a litigated divorce settlement can sometimes take years to resolve. Therefore, it is in your best interests to stop making contributions to your 401(k) as soon as you are legally allowed to do so. If the settlement ends up awarding a portion of your 401(k) to your spouse, you do not want it to include funds that were added after you had already made the decision to end the marriage.

Another good way to preserve your 401(k) assets is to have your Pasadena divorce lawyer push to exclude the portion of the account that represents its worth at the time of your marriage. If you have kept careful records, this should not be too difficult to prove. And, for those who waited to marry until they were firmly established in their careers, this often represents the majority of the retirement plan's assets.

Finally, you will want to make sure your Pasadena divorce lawyer has a properly prepared Qualified Domestic Relations Order (QDRO) for the transfer of assets from the 401(k) plan. This will help ensure that you don't end up paying any unnecessary taxes on money that is no longer yours.