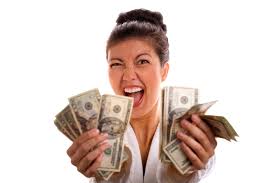 When seeking divorce advice in Pasadena, modern women are often uncomfortable discussing the possibility of receiving alimony. For women who grew up surrounded by feminists and raised to believe that they could accomplish anything they set their minds to, alimony sets off a host of complicated emotions.

Historically, women were awarded alimony because they were viewed as the weaker sex and incapable of supporting themselves. Today, of course, there are plenty of women who have successful careers and many women often work alongside men in fields that were once considered off limits. There is even a growing trend of men being awarded alimony in divorce settlements.

Regardless of whether the person receiving the alimony is male or female, it's important to realize that alimony awards aren't seen as a form of punishment by the court. You can't ask for alimony to punish a cheating spouse, for example. You can ask for alimony even if you are the one who initiated the divorce proceedings. Alimony awards are determined solely on the basis of whether the person asking to receive alimony has a need for the financial assistance.

From a legal perspective, alimony and child support are two separate issues. However, they are sometimes interconnected. For example, a woman who sacrificed her full-time job to care for the medical needs of her disabled child would likely be seen by the courts as entitled to alimony because of her service to the obligations of the family.

Child support is automatically considered in a divorce if the couple has children together. You must ask to receive alimony, however.

If you have a legitimate need for alimony, don't let foolish pride keep you from making a decision that is in your best interests. You are not allowed to seek alimony after the divorce has been finalized, so you should consider your ability to support yourself financially carefully when deciding whether or not to pursue alimony from your ex. An experienced Pasadena divorce attorney can explain the advantages and disadvantages of choosing to forgo alimony payments in your divorce settlement.